Casual Dating with a Conscience: My Rules of Engagement - Par Femme
Home  / Stories

When you know, you know. You know?

This maxim is usually applied to meeting the person you’ll spend the rest of your life with. The one who completes you. And yet—some of us know that in this moment, at least, we’re better off as lone wolves.

But that doesn’t mean that we want to spend every night by ourselves, gazing out the window and howling at the moon. Sure, this may be a case of trying to have our cake and eat it too. But isn’t admitting that you crave some skin-on-skin contact— free from the confines of monogamy—better than settling in a lacklustre relationship for the sake of being partnered up?

Many people would agree in principle. And yet there’s this idea that engaging in casual or short-term relationships makes you immune to the churn: that another text left on read is always water off a duck’s back, or that non-exclusivity means you’re not allowed to feel confused, or hurt, or hell, even glow-y and recharged from a hot night with a near-stranger.

So, over the years I’ve developed my own personal rules of engagement. Everyone’s will be different, but maybe—if you’ve somehow transcended hookup culture until now—this’ll help you navigate the minefield of non-monogamy.

If you already know you’re not looking for something serious, don’t wait for the ‘what are we’ chat. Say it early, and clearly, and hope that the other person understands. If they don’t—which is entirely possible—say it again. And if they’re just not getting it, end things politely. A text message will suffice.

I’ve been on both sides of this, and honestly, being ghosted after two months of fairly regular (if mediocre) hookupshurts. Similarly, when I moved overseas a few years ago, my new-city-new-me self deserved a slap on the wrist. I didn’t have this code then, and have definitely paid for it in karma since. Managing expectations isn’t just about protecting yourself: it’s also about being kind to others.

Work out what you and your new friend will and won’t accept from a non-relationship relationship. These days, my limit for not establishing a boundary is about five dates. Clarifying a boundary doesn’t mean game over, or that you can’t revisit the decision later. But even if the goalposts shift, you should always feel comfortable and safe.

Some examples: Are you sleeping over after a date, or doing the 2am Uber home? What sex acts are fine with flings, and which ones are reserved for a monogamous partner? Are nudes fair game, or would you rather not? If your intended is a colleague or friend, how does the risk stack up against the reward? And if social media’s involved, a cheeky unfollow might be the best move in your repertoire.

Remember: if something seems like a red flag, trust your instincts.

I don’t want to meet their friends

Maybe I’m the only one, but to me, meeting the friends isreal. Like, meet-the-parents real. If we’re doing this thing properly—dim lighting, hoarse throats and all—and there’s no chance of a relationship, then I’m really not interested in meeting a short-term sex partner’s friends. If they’re anything like my friends, they’re the most wonderful, brilliant, quick-witted, judgemental, cliquey monsters who want the best for them, and I don’t want to be under that particular microscope until it’s absolutely necessary.

I’m relatively new to writing about dating and pleasure. But one thing has become apparent from the deluge of DMs I’ve received from thirsty men near and far: I’m now seen by many as some kind of ultra-confident dynamite in the sack.

I mean, I have my moments. But more often than not, I’m still trying to take my own advice. To say what I want, when I want it, and not settle for anything less. You should do the same, even when it’s with a casual partner. And if they seem to be struggling to voice what they want? Ask the questions.

Be kind to yourself

But I do genuinely love my life, and that I get to meet so many new people with an open mind. The excitement of independence, adventure and evolving sensuality is truly special, and my relationship with myself is all the stronger for it. And isn’t that the real romance? 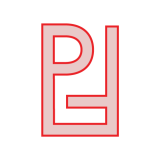 Think Outside the Box: What Have You Done for Your Nipples Lately?

PLEASURE Review
Nipples are criminally underserved in the bedroom (or your location of choice). Here's how to change that.

8 Women on What Valentine's Day Means to Them

INTERVIEW
Their answers confirm that are so many different types of love in the world and a kaleidoscope of ways to express it.